Creating a more sustainable world starts from within 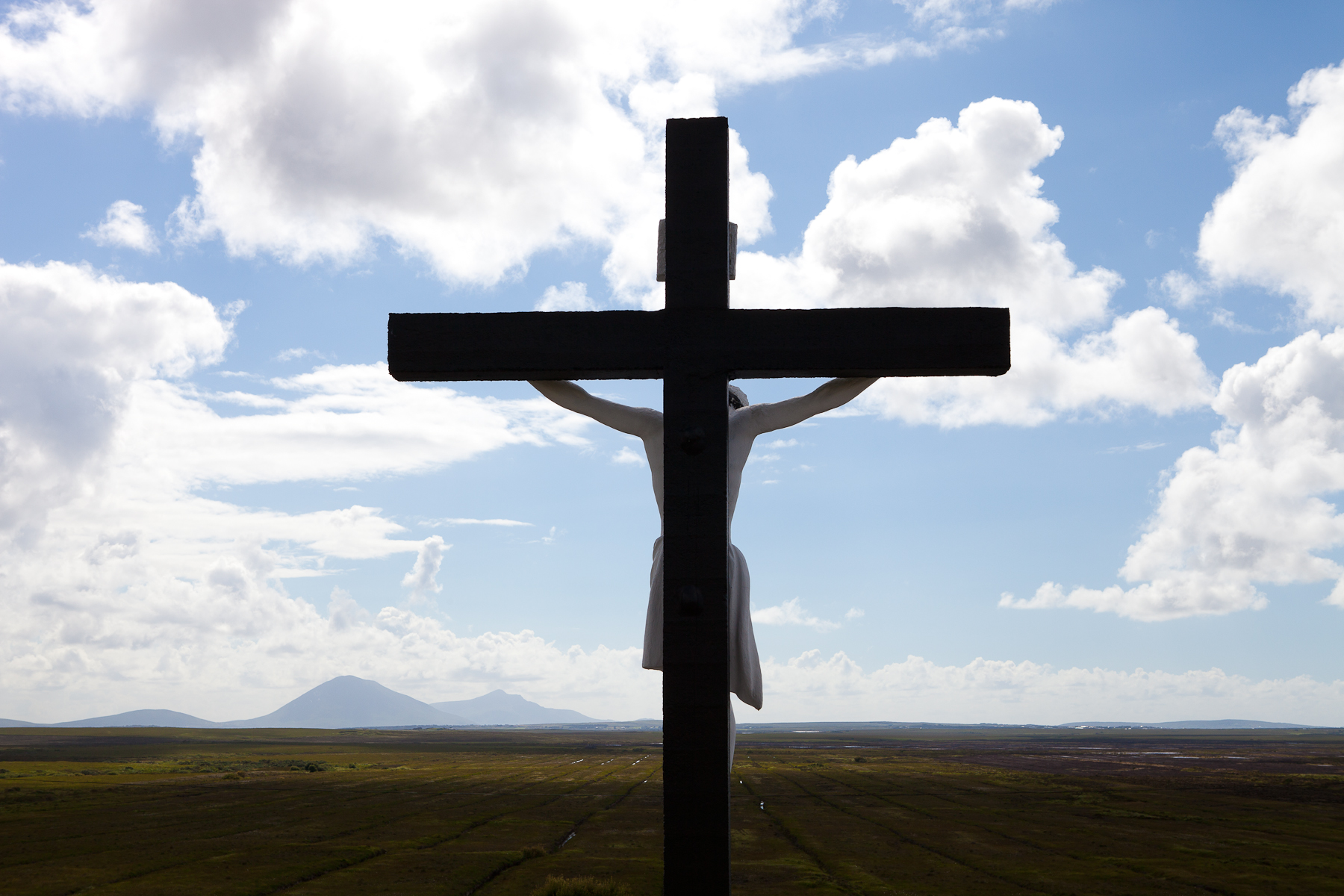 Catholic guilt, the worst kind of guilt, underpinned as it is by faith, outlasts formerly unshakable belief, follows you through life like a piece of discoloured gum on the sole of your shoe. I was raised a Roman Catholic in rural Ireland back when the Church still had a firm grip on most aspects of Irish public and private life. A Boy Scout, an altar boy, a promising candidate for the priesthood according to my religion teacher, I conformed unquestionably to the dogma of the time. I took on the guilt of sins yet to be confessed and the goodness of others I could never repay, not least of all, a man who died on the cross for my sins. Ten ‘Hail Marys’ and three ‘Our Fathers’ after a trip to the confession box was meant to absolve me of all sins but I never felt clean. Guilt wraps around you like a strangler vine until you can breathe no more.

But this was only one facet of who I once was. I was somewhat environmentally conscious growing up thanks to my grandmother who lived with us for a few years and who shared her fondness for gardening and wildlife.  I was also a bit of a science geek back then, with my own chemistry kit at home. My earliest memory of climate change is from a school science project on ‘the Greenhouse Effect’ that I presented as a shy and studious 15-year-old. It mustn’t have gone so well, as I waited another twenty years before taking up where I had left off. In hindsight, I was paralyzed into inaction by a sense of powerlessness and an inability to confront my emotions in the face of our willful destruction of the environment.

Fast forward to the high-flying corporate world of London, sitting at a desk in the headquarters of a global bank. After eight years in financial services, I had decided to go back to university to study part-time for a postgraduate degree in climate change. I suppose there could have been any number of questions on the morality of working where I was in the direct aftermath of the global financial crisis but it’s not so easy to extract yourself from a well-paid and secure job in a shaky economy. Nevertheless, I reached a compromise of sorts. In the evenings, I took classes in corporate responsibility and business ethics whilst in the daytime I was active as a climate champion within the bank alongside my normal duties. At that time, I firmly believed that quantifying ecosystem services and establishing carbon trading schemes was the way forward. I bought into the bank’s commitment to tackling climate change and dismissed any suggestions of greenwash that my classmates might have raised. I believed it was possible to work for a bank embroiled in various financial scandals because they were doing right by the environment after all.  I was appeasing my conscience and assuaging my guilt because that was the least painful option.

But can I fly with a clear environmental conscience?

I needed to decide on a topic for my dissertation in my second year of studies. Ever since the excitement of my inaugural flight to New York wore off, I’ve struggled to reconcile my passion for travel with the desire to help make the world a more sustainable place. After all, air travel is the single-most carbon intensive activity that anyone in the developed world is likely to participate in. In the course of my research, I unearthed an article in The Economist from ten years ago entitled ‘Sins of Emission’. The opening paragraph begins with, ‘The sale of indulgences by the Catholic church in the early 16th century, whereby people could, in effect, purchase forgiveness of past sins by handing over enough money, was condemned by Martin Luther and other reformers”. Today, some environmentalists are denouncing the “offsetting” of carbon emissions in similar terms.’ This was something I could identify with. The title of a bland company report published by an airline provided a convenient strapline – ‘Can I fly with a clear environmental conscience?’ I felt relieved to have finally found a theme that had some personal significance. Shortly after, I flew to Geneva to meet with the International Air Transport Association in order to secure access to their members for my research. The irony was not lost on me, but I felt sure I could defend my actions.

A dissertation requires one or more clearly articulated research questions that can be rigorously tested. In the process of thrashing out these details, the focus of my research had firmly shifted away from me and onto the airline industry to examine their responsibilities, attitudes and performance towards climate change.  By the end of my dissertation, the central question had transformed into – ‘Do airlines provide me with the opportunity to fly with a clear environmental conscience?’ I had just offloaded the unbearable weight of guilt I was carrying around into the hold of a passenger jet bound for some far-off land. I could continue to indulge my passion for travel.

Cognitive dissonance is defined as the mental stress or discomfort experienced by an individual who holds two or more contradictory beliefs, ideas, or values at the same time, performs an action, or is confronted by new information that conflicts with existing beliefs, ideas, or values. When there is a discrepancy between beliefs and behaviours, something must change in order to eliminate or reduce the dissonance. In my case, I could either change my behaviour by flying less or I could modify my belief that I was largely responsible for the environmental impacts of my actions. In the end, my research concluded that airlines do not allow consumers to fly with a clean environmental conscience. I was attempting to resolve an internal conflict largely driven by an overwhelming sense of guilt. And all it had taken was fifteen thousand words, or so it would seem.

Guilt, like shame, is a complex emotion. Not all guilt is unhealthy. In its healthy form, it can help us to establish boundaries and inform our morals and worldview. But like any emotion foisted upon us, it can also serve to enslave us, bend us to another’s will. Imagine feeling guilty about being happy. Any well-adjusted five-year old can tell you that this is just plain silly. Catholicism teaches you that it is noble to suffer, that by suffering for our sins we can be redeemed. This is how I led my life right up to, and well after, I submitted that dissertation.

I discovered mindfulness several years later and for reasons that are only indirectly connected to my studies. But I’m quite sure that if I had these skills at the time, I would have seen the guilt for what it really was – a parasite that preyed as I once prayed. Mindfulness brings clarity of mind. It allows you to see the world for what it really is, and your place in it. Mindfulness has allowed me to be more at ease with who I am. Guilt requires making judgments about oneself and others, constantly comparing oneself to some ideal that is unattainable. Guilt is pervasive, crossing all societies, cultures and religions, not just Catholicism. I believe that a disproportionate amount of those who have the courage and conviction to engage in such an ethically fraught and complex field as sustainability are more prone to suffering from some form of this emotion. Perhaps you don’t eat meat for environmental reasons but feel guilty about consuming dairy products. Perhaps your day job involves advocating for public transport and yet you sometimes take a taxi home after a late finish at work. A contributor to The Guardian recently tried to resolve the ‘unbearable hypocrisy of being an environmentalist’ and concluded that since environmentally conscious people have such high aspirations, they are more likely to fall short of their own expectations but that the effort is still worth it. I tend to agree. But leading a guilt-free life would surely be far more desirable.

Mindfulness is not the only answer to resolving guilt. We need to forgive ourselves, practice self-compassion, accept who we are and commit to change what is within our control. We need to go easy on ourselves, resist any compulsion to beat ourselves up unnecessarily. Mindfulness has allowed me to tap into an inner strength I never knew I had. One mantra in particular has allowed me to lead a freer, less guilt-filled life. Focusing on each exhale and inhale of breath whilst silently repeating the words ‘Letting go, starting new’ has helped me to release the guilt and any number of other overwhelming emotions that have followed me through life.

If guilt is not confronted, it has a way of forcing your hand to take, sometimes drastic, actions to resolve the dissonance between beliefs, ideas or values and behaviours. Understanding who you are and what you stand for is naturally part of the solution. But there’s another side too. The opposite of dissonance is harmony and peaceful existence. This is what mindfulness allows us to achieve more than anything else. Why not give it a try? 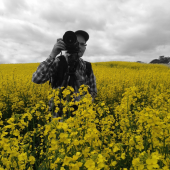